RETURN TO THE CAVERN

Plato´s allegory of the cave is a frequent reference when alluding to film and video – related to projection; it is referenced in respect to theatre of puppetry, of shadows, and when speaking of work in which light is the art.

For several years now I have been interested in the work of artists involved with light and space, or, as James Turrell put it, in which light is the revelation, and perception is the object of study.

Wanting to make videos capturing the movement of light in the interior of darkened space, I got access to a studio space in the center of Bogotá. 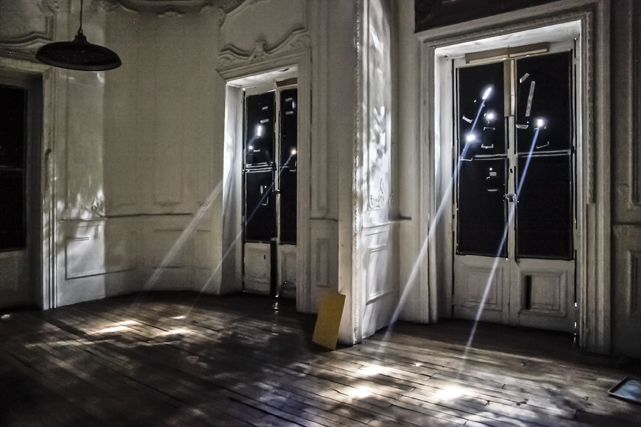 What took place in the area where the studio was, at first, was largely unknown to me and seemed chaotic: a riot of characters and sounds.

After having blocked all light into the studio, when I opened a small hole in the paper covering one of the windows, I saw the street in front projected on the opposite wall of the studio, a camera obscura effect. 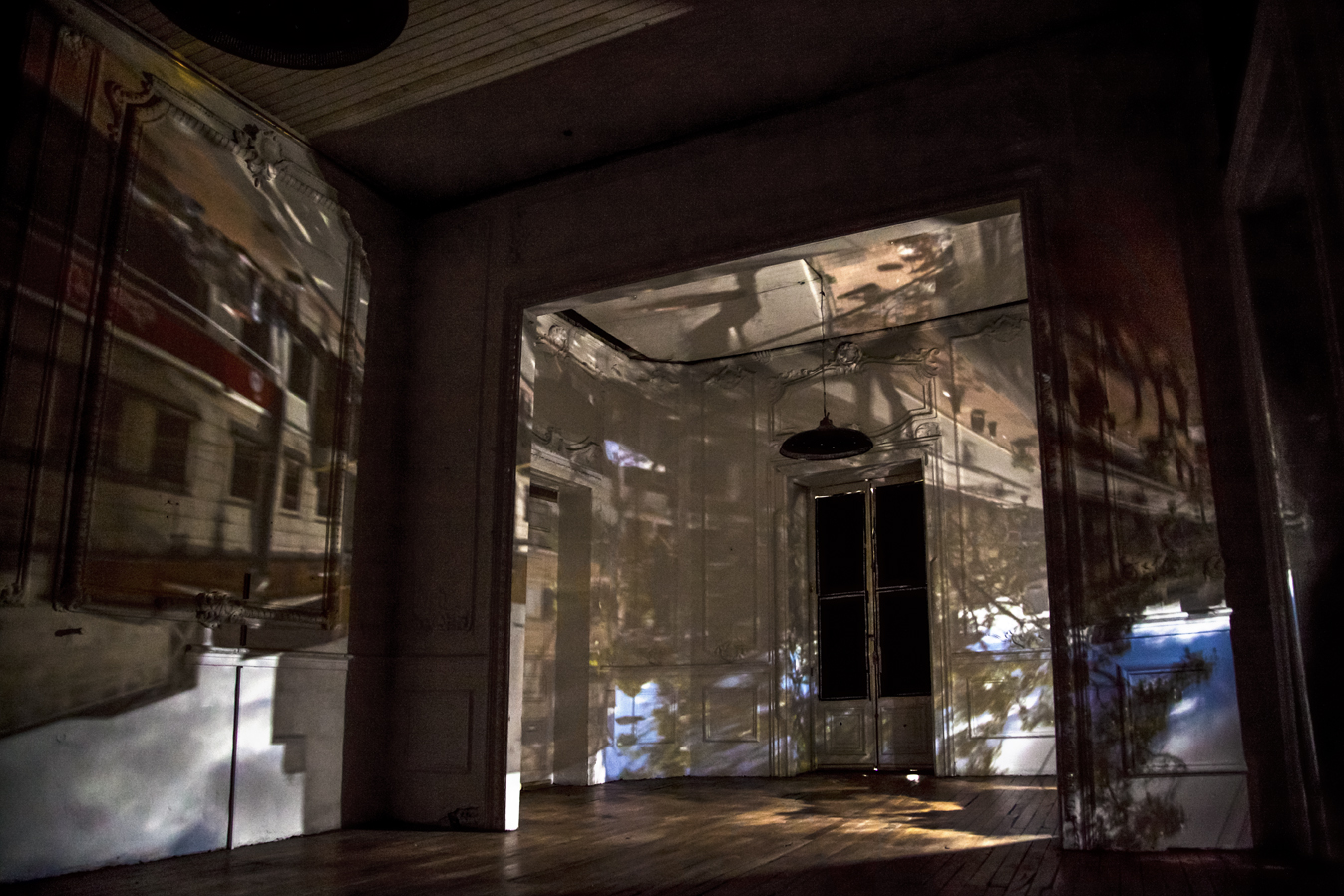 Observing this effect, Plato’s Allegory of the Cave, which I had come across in reading about James Turrell’s work, came to mind; in this metaphor, the process of the acquisition of knowledge and understanding of reality is described. Plato narrates how some persons, are tied in such a manner that all they can see is the back of the cave where they are, and the shadows produced by people and objects passing between the light source (the sun or fire) and that wall. He suggests that if these persons could untie themselves and go out into daylight, they would realize that the shadows were not the reality.

With this camera obscura I made several videos. 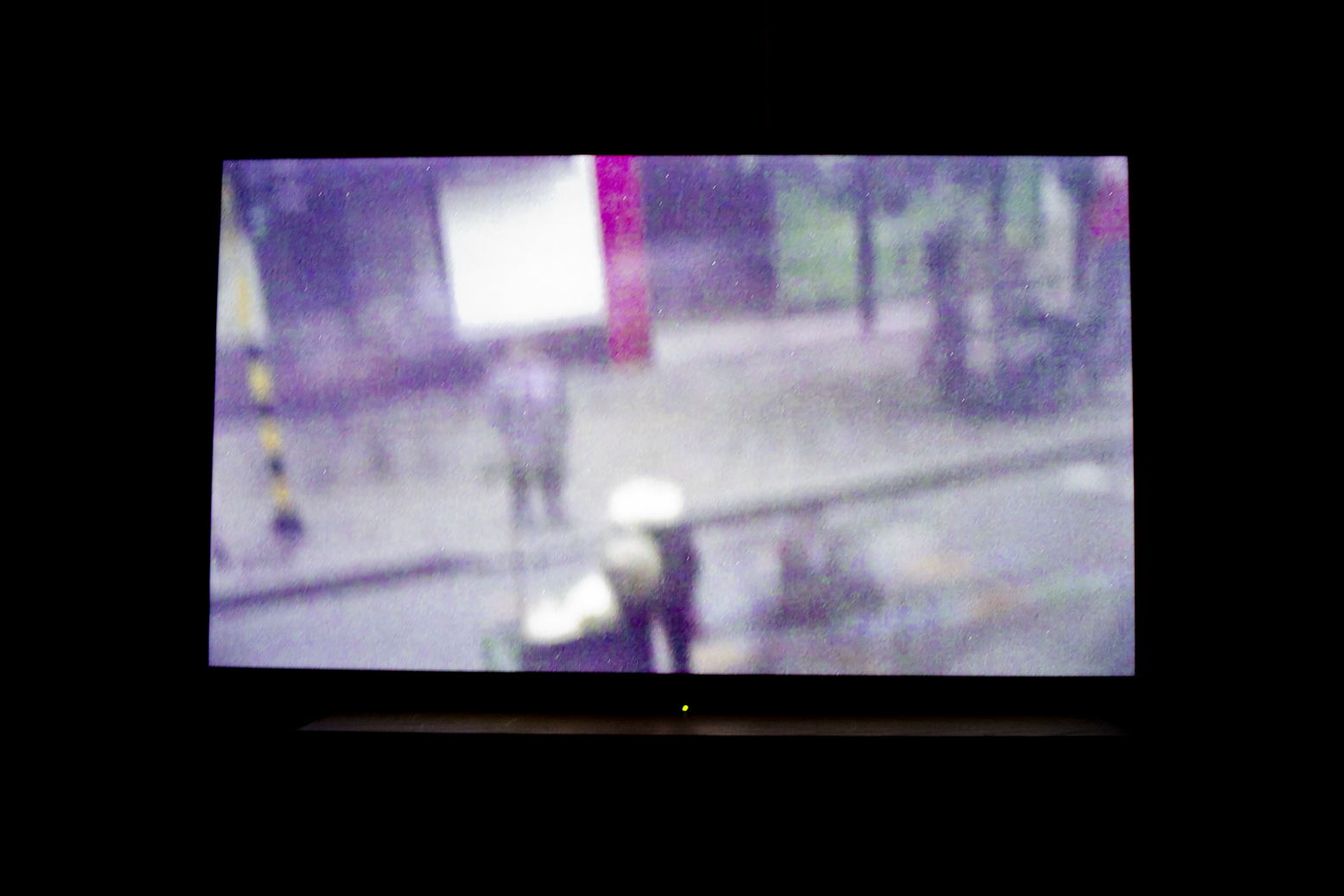 It then occurred to me that perhaps by introducing the people populating the street in front of the studio, and creating “a composition of shadows”, I could approach and better understand what was going on outside.. 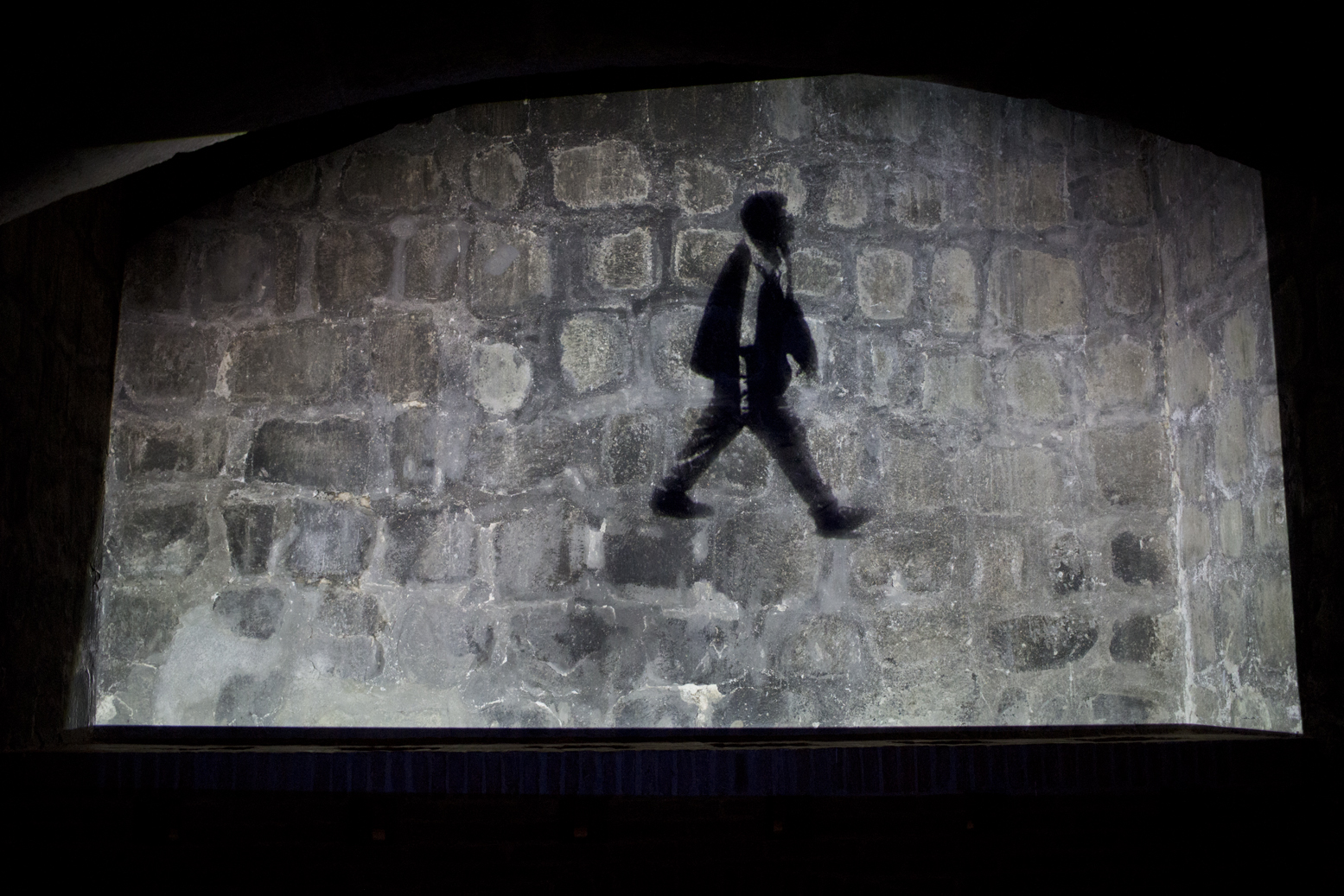 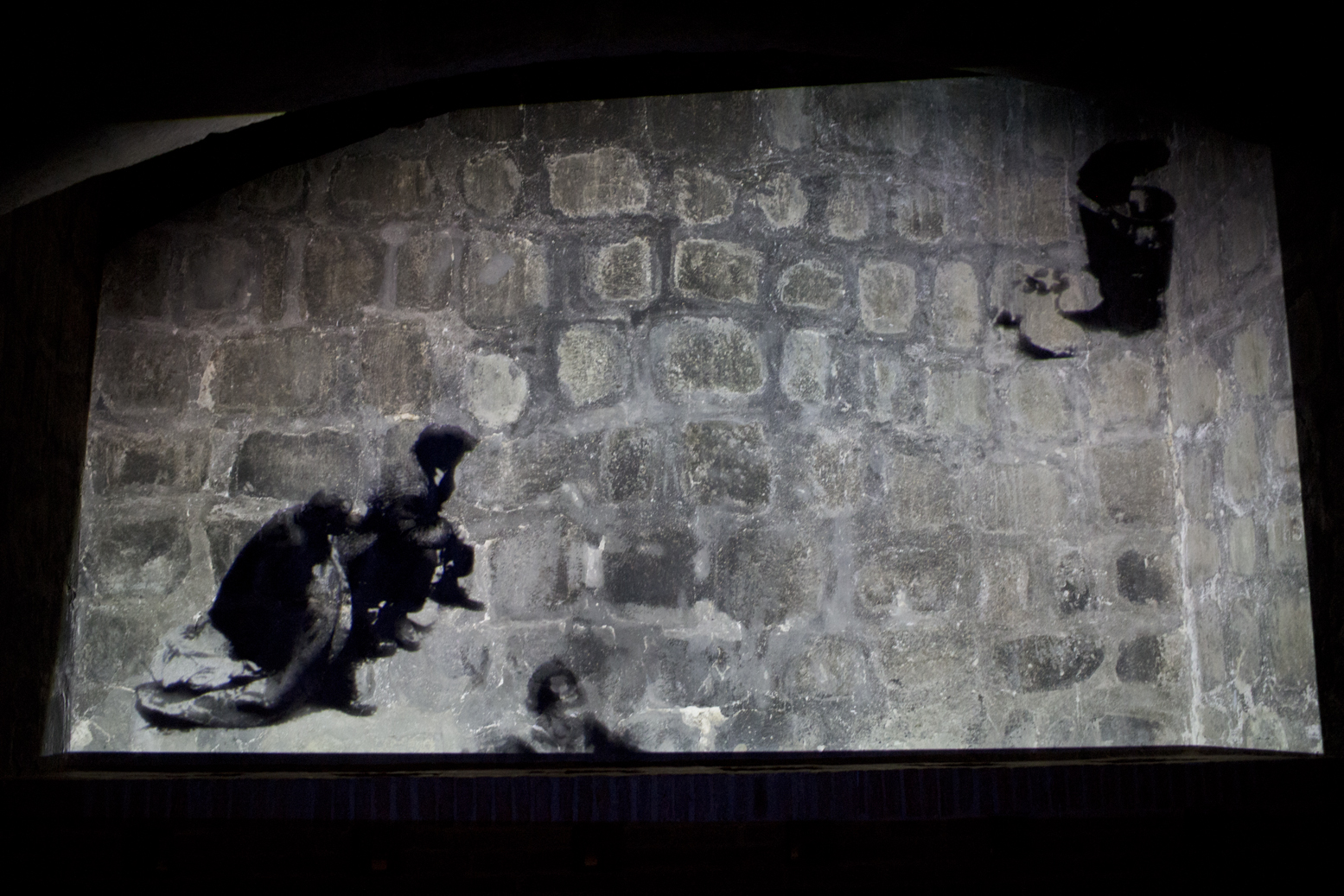 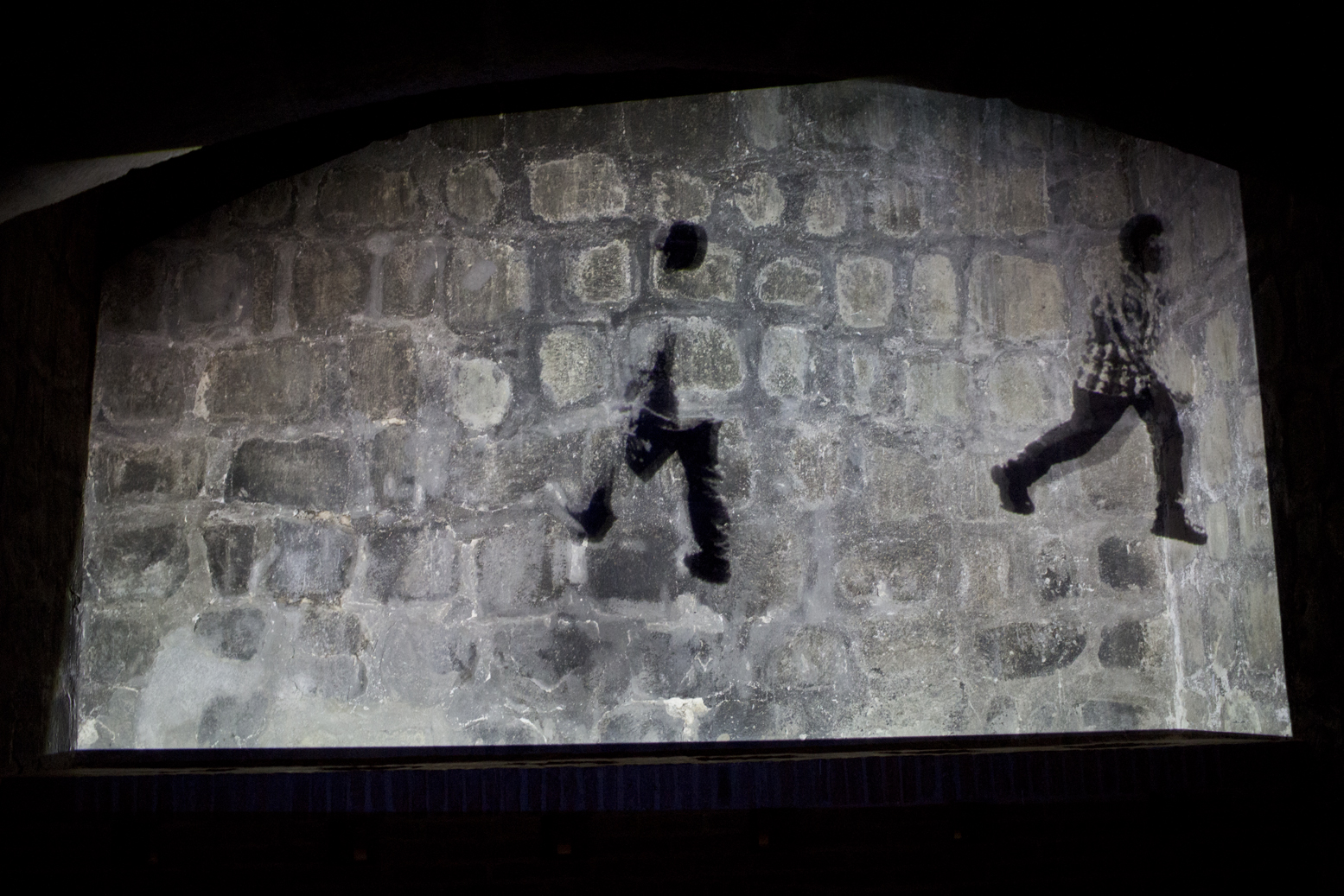 These works allowed me to observe and comprehend that reality I initially had difficulty with in another way, a sort of inverse process of the allegory of the cave, a RETURN TO THE CAVERN.