The media seem eager to narrate the horror like a banal play, seeking to scandalize for a brief instant but without emotion or commiseration, without eliciting any sort of critical thought about a tragedy that not only belongs to its direct victims, but to all of us. 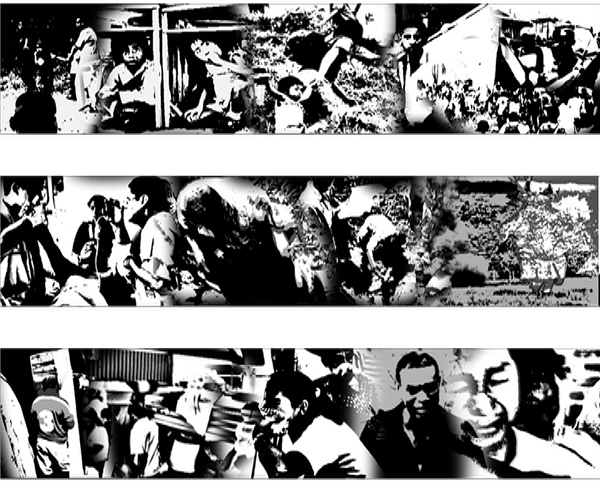 Some time ago I came across images of what had taken place in Colombia in previous years, particularly during the first decade of this century.

I spent several days looking at the materials.

Though I had read about the massacres people in the countryside suffered being caught in the crossfire between paramilitaries and guerilla and these two irregular forces with the army, I never imagined the dimensions.

Unimaginable acts committed by human beings against others. There are recorded images of the horror I will never be able to erase from my mind.

But after the initial impact of the images of events and acts, I was moved by the great number of people affected and involved in the sequels of this violence.

According to the report by the Centro de Memoria Histórica, "¡Basta ya! Colombia: memorias de guerra y dignidad”, 177,307 civilians have died in the conflict from 1990 to 2014, more than 8,000 people, civilians and soldiers, have been mutilated by landmines.

Human Right´s Watch reports that because of the conflict, 5,000,000 people have had to flee and abandon their homes, their land and belongings.

After living some time with the images I had viewed of the violence that has taken place in Colombia and pondering what to do with them, I eventually decided to make a moving mural in commemoration of all the people who have been affected by the violence.

Given the scope of the horror of what has happened in Colombia, I realized the work must be large, with life-size figures, or larger, and with a projected image at least 12 meters wide and 3 meters high, allowing those who view it to become immersed in it.

I wanted the images to be somewhat abstract in order to make them more legible, and, at the same time, protect the identity of the persons in them without erasing the expressions, emotions and sentiments on their faces. The process of creating something which was not merely black and white, but rather achieved what murals and finer urban “stencil” art does, required weeks and weeks of experimentation.

I wanted to produce a work which could serve, as Susan Sontag wrote, as a memento mori, to foster contemplation and meditation on violence, and, to use Doris Salcedo´s term, to serve as a place of memory, where mourning can be lived out.